Little Turtle enjoys the middle-end of summer on the beach at Sauvie Island with The Girl and some of her friends. Hello, gorgeous tan!

(Little Turtle feels the compelling need to make sure everyone knows he’s very diligent about his sunscreen application!) 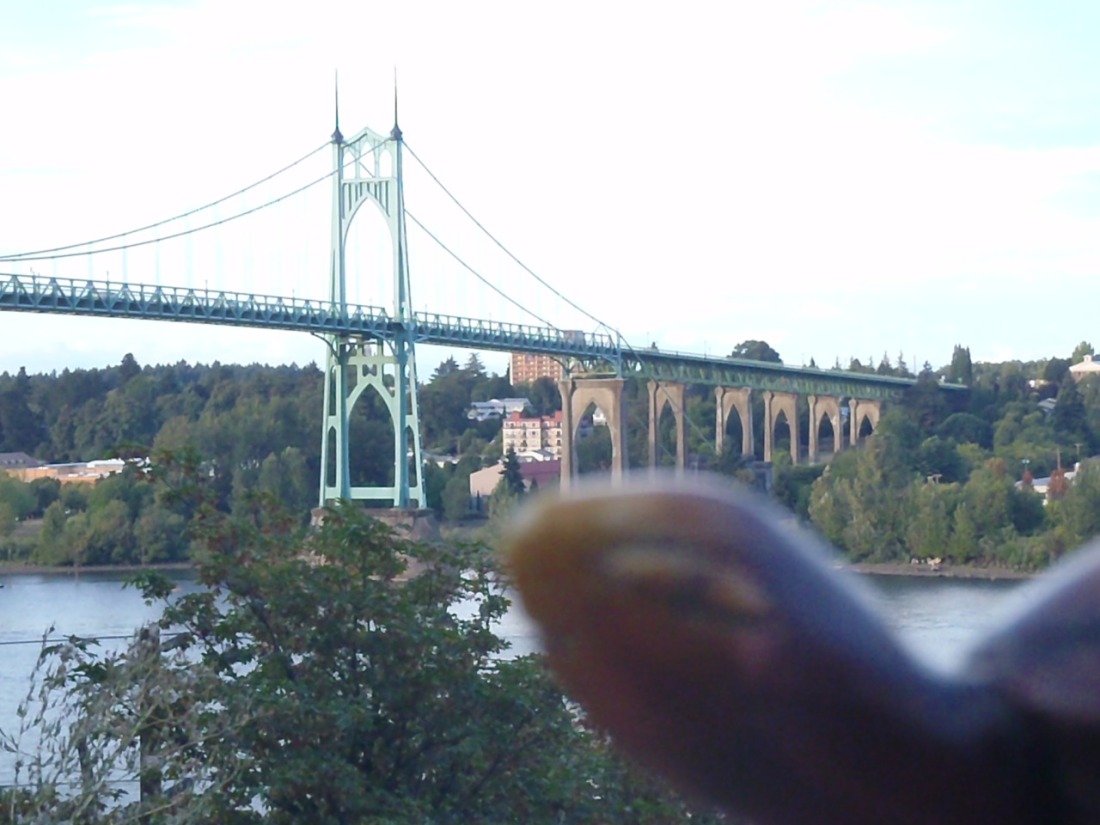 Little Turtle stops on the way home from Trek in the Park to take a photo of Cathedral Park and the St. Johns Bridge in Portland, Oregon. “Trouble with Tribbles” was amazing, and a sad, but fantastic, end to a brilliant five-year mission. 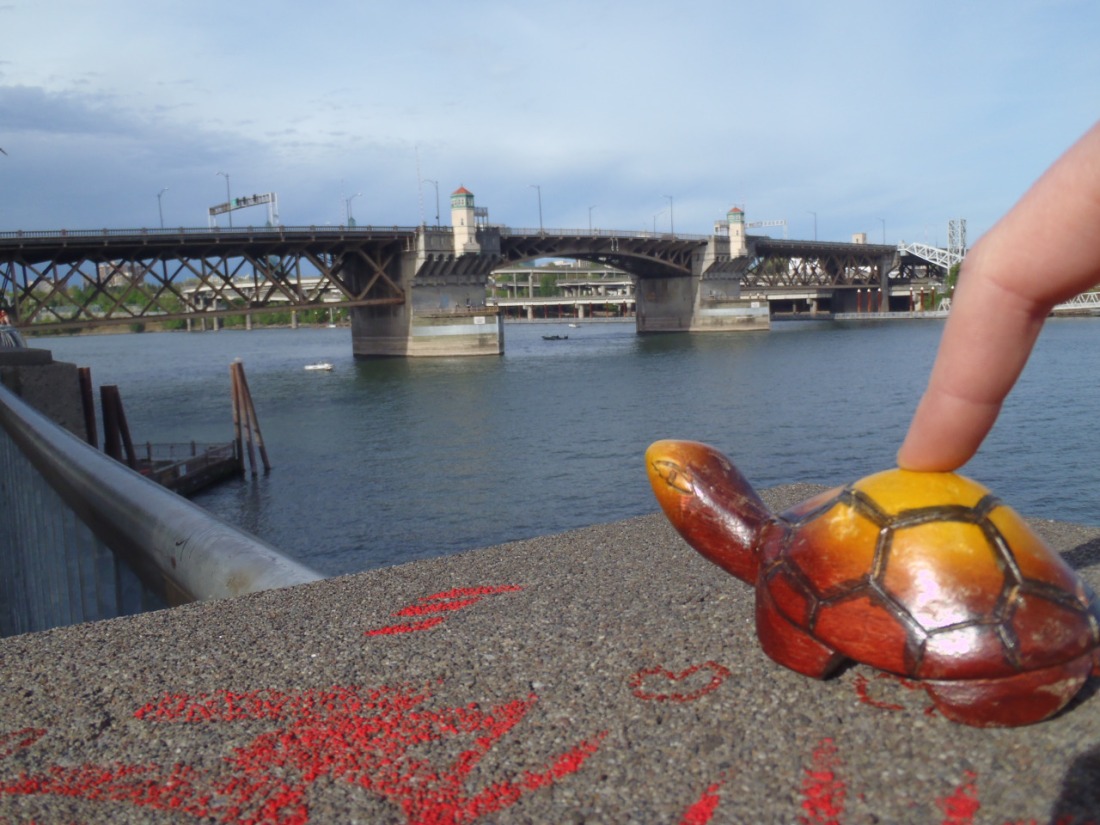 Little Turtle appreciates some chalk art and a fine view of the Willamette (say it with him now: “wuh-LA("a” as in “cat”)-mit") River in Portland, Oregon. Also pictured: the Burnside Bridge. Unfortunately, he arrived too late in the day for the Portland Saturday Market. It was so windy that The Girl’s roommate had to help him, for fear of losing him to the river! Perhaps The Girl should make him a harness, just in case..

Within five minutes of taking this photo, Little Turtle saw: