One last photo from The Girl’s trip to England: Little Turtle on a sheep statue in Keswick!

The Girl is interrupting her scheduled programming to bring you a photo of a sweet dog named Ruby and her gentle sister Molly. Their people were kind enough to let the strange girl with the accent pet their dogs while The Guy was taking photos of Wrynose Pass – and as it turned out, The Guy was waiting for the dogs to leave so he could take the shot!

The Girl saved this photo specially so she could post it on her birthday because dogs are great. The Girl has now leveled up to 27!

The Guy’s car lost power and stalled out when the alternator gave up the ghost on the way back to Lowthwaite! While he was settling the bill with the mechanic (or “garage” in England), The Girl had nothing better to do than take a photo of all their stuff spread out on a cafe table under the threat of rain. It was briefly very stressful, but many kindnesses made it easier:

The whole ordeal would have been so much more stressful if not for every one of these people, and The Girl would like to thank them all!

Muncaster is a proper castle! Every afternoon at 4 they put out food for some wild cranes, which have the schedule pretty much down pat! The sun was starting to go down – time to head back to the B&B about 50 miles away near Penrith. 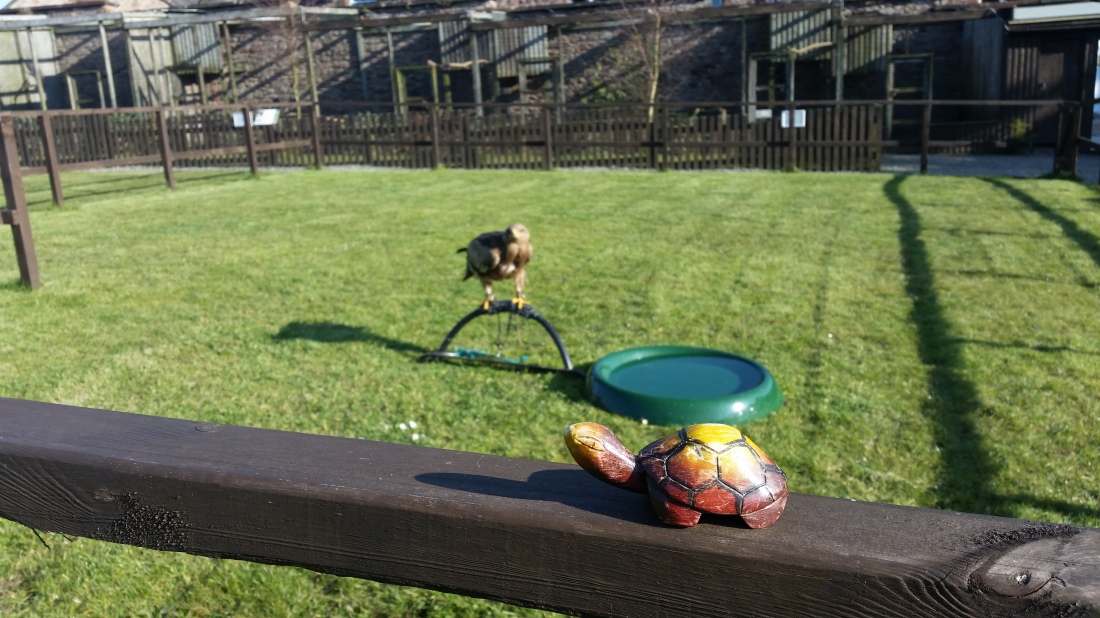 The Girl insisted on checking out the Hawk and Owl Centre at Muncaster Castle. The Guy got her a book (H is for Hawk by Helen MacDonald) that rekindled her fascination with falconry and she finished it this morning!

Little Turtle wanted to go for a swim in this stream, but March in the Lake District is just too chilly! Maybe next time.

The Girl took some photos while The Guy stretched his legs after several miles of driving. This stream divides the land belonging to two farms, but Little Turtle only saw the side that had sheep. 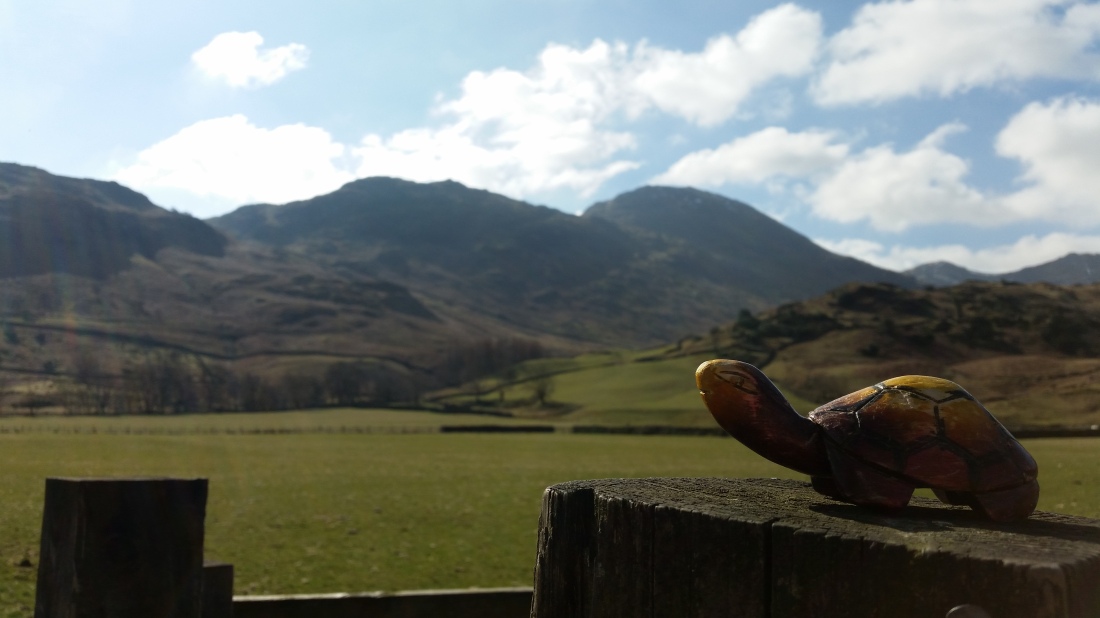 Check out the drystone walls running up along the hills! These hills made it feel like the valley The Girl grew up in — though, of course, that valley doesn’t have such abundant sheep farms or 400-year-old stone walls.

It was a gorgeous day! The road wasn’t too narrow here, so The Guy pulled over to get some photos of this very idyllic stream.

Little Turtle loves this old sign along the road to the sea. It did indeed get very narrow! After Hardknott Pass it was practically roomy!