Little Turtle was blown away by the mosaics and stained glass in La Basilique du Sacré Couer de Montmartre. It was truly worth the wait – the first stone was laid in 1875 and the building was only ready for consecration in 1914! In particular, the mosaics took 22 years to install, and the stained glass windows took 17 years to fit (and had to be replaced when they were destroyed by bombing in WWII).

The best post-Eiffel Tower idea: dessert! Crème brûlée may be an obvious choice, but it was a good one. The Girl can definitely recommend Le Flore en l’Ile for late-night sweets!

Of course Little Turtle had to see the Eiffel Tower all lit up – it’s only the most dramatic view of one of the most well-known landmarks in the world!

Little Turtle was too small to see around the crowds in front of the Winged Victory of Samothrace at the Louvre, so The Girl brought him around the side. The statue is nine feet tall – Little Turtle feels very, very little!

The Girl’s parents had grand crème at different cafes pretty much every day in Paris (gotta soak up that warm-autumn-cafe-in-Paris vibe), but their favorites were the ones that came in these huge cups. Little Turtle could use them for bathtubs! 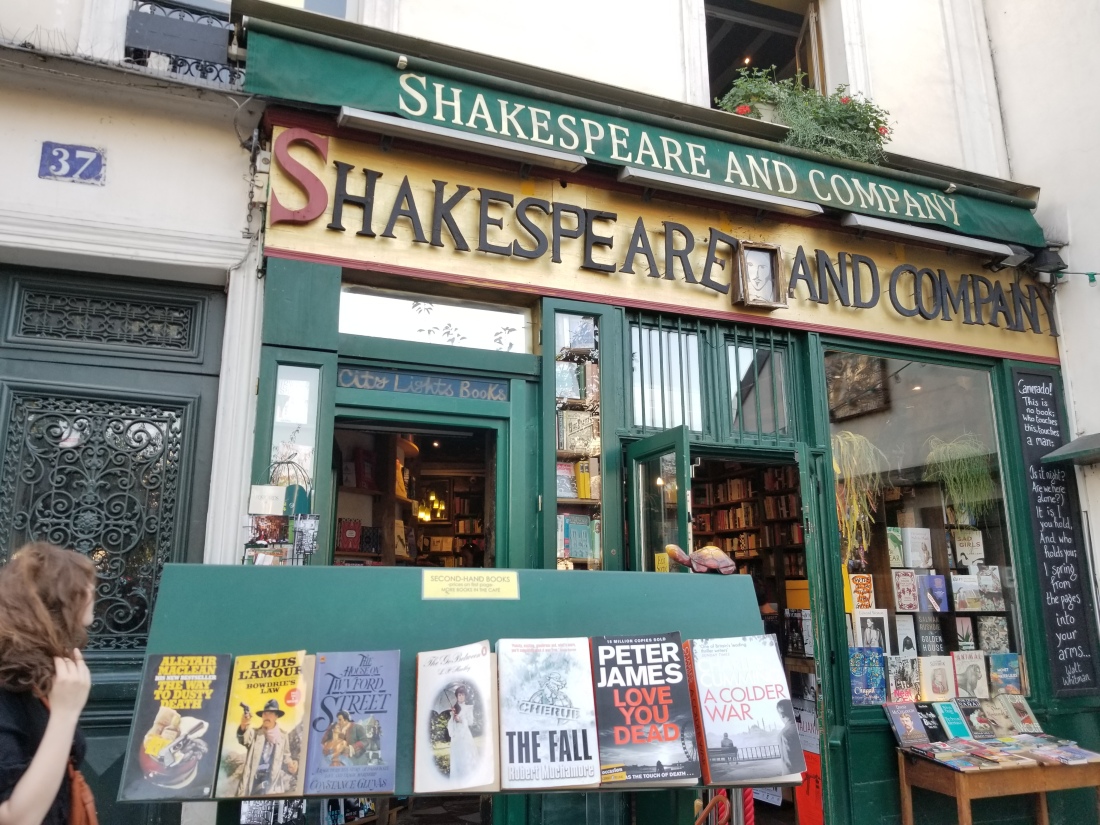 If The Girl had known the all-English-language Shakespeare And Company bookstore was so close, she would have saved way more space in her suitcase for books. (It would probably be over the airline’s weight allowance in that case, so it is just as well.)

If anyone thought Little Turtle was going to Paris and not having crepes the very first morning, they clearly have not been here very long. 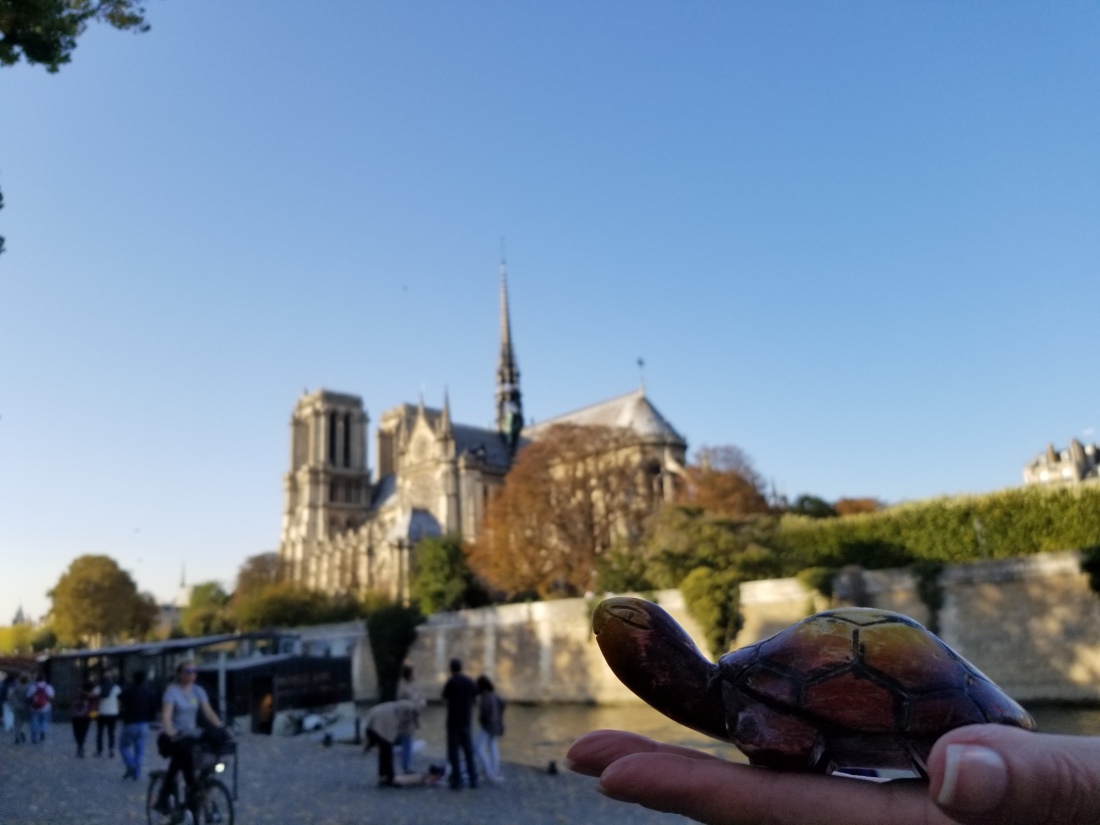 The Girl’s mom booked an AirBnB near Notre-Dame! The cathedral dates all the way back to 1163, the generally accepted date the first stone was laid, and it was completed in 1345. It’s also famous for having a mother-in-law gargoyle!

(The Girl’s mother generously offered Little Turtle a boost to take this photo.) 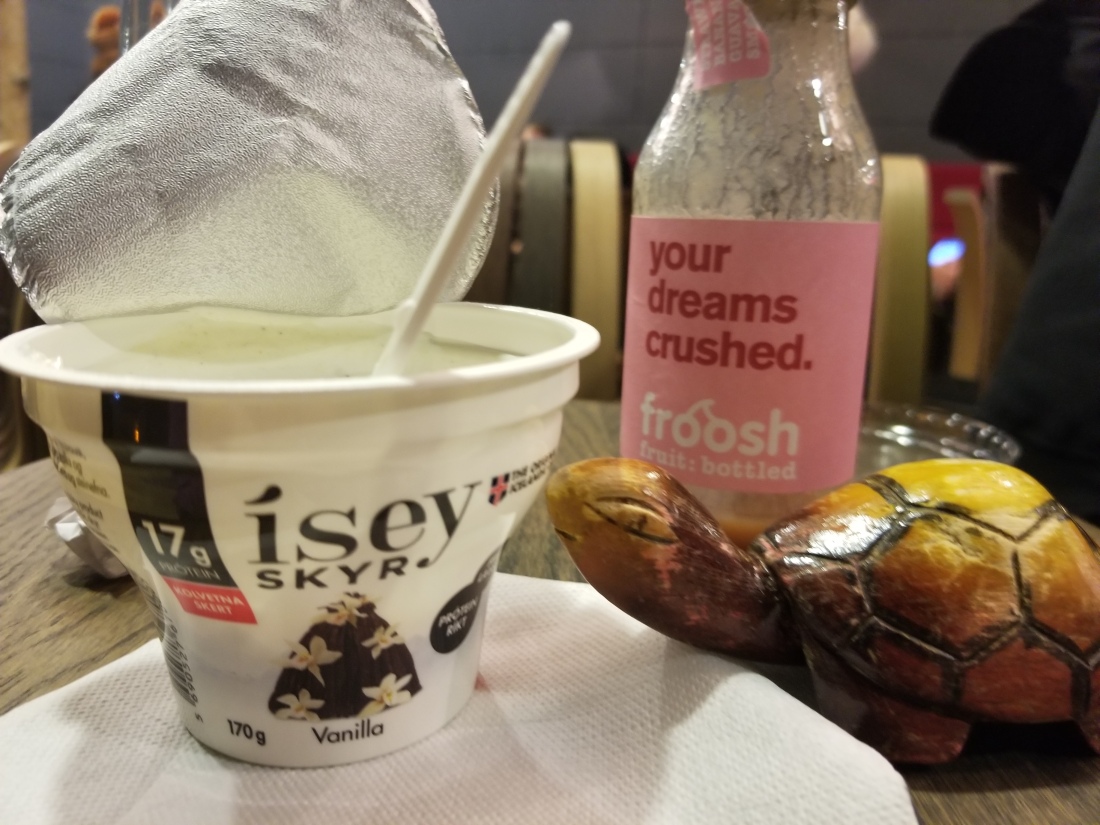 Aaaand we’re back! The Girl’s parents took her on a “last big family vacation before she moves to England” trip. She was very, very sick for the first bit – The Girl’s mother considered cancelling the whole thing. (She got better.) They stopped for breakfast in Keflavik International Airport at about 6 am local time.

The Girl was very lucky with her flights this trip – three flights with an empty seat next to her, then on the last leg (Toronto to Portland) she was upgraded to first class! She didn’t have a bag space in front of her, but that meant being able to stretch her legs all the way out. Plus, better-than-average food? Definitely appreciated. Even though it was only a five-hour flight on a small plane it was still pretty great, and it almost made up for having to leave her fiance and go home.