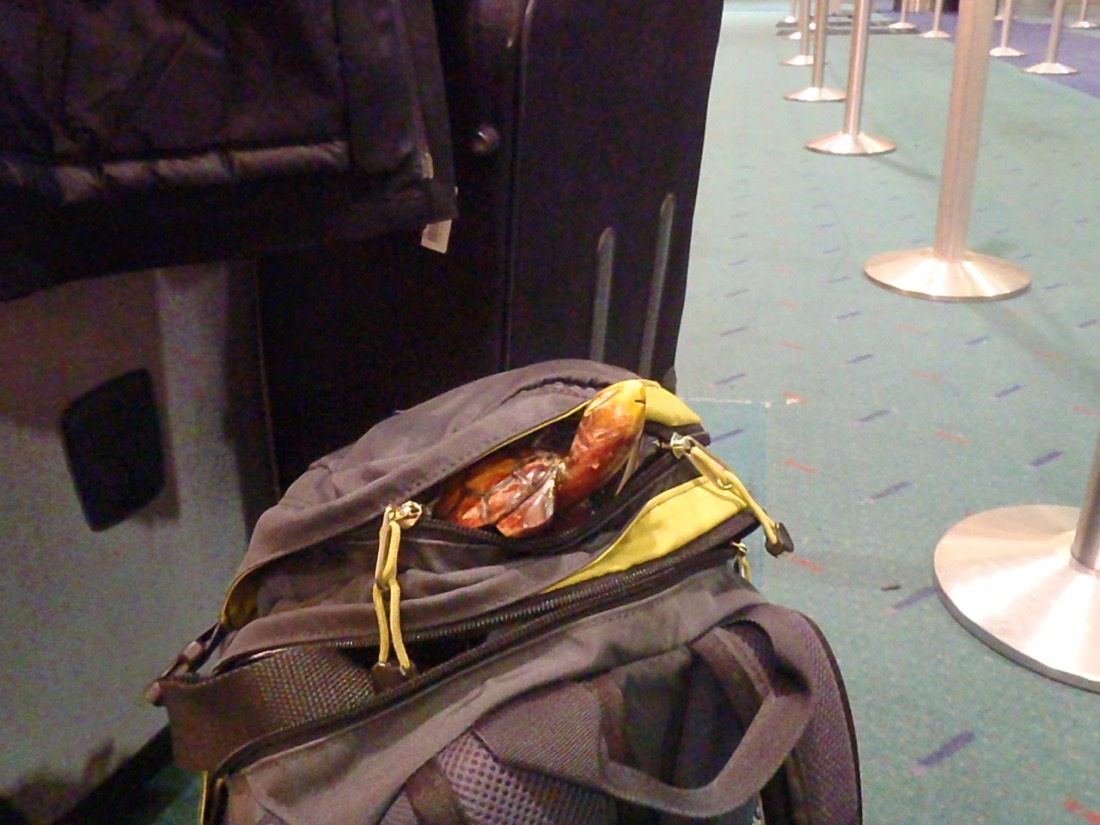 Little Turtle and The Girl made it home to Portland International Airport safe and sound. The journey out to England was so much longer – about 49 sleepless hours – but heading home was only 15 hours total. The Girl was sitting next to such an annoying and space-hoggy person on the long flight back; he even stuck his stinky feet under the seat in front of her, right up against her backpack! And the plane was delayed taking off because it was apparently waiting for him and his smelly tuna sandwich and his loud headphones. Rude. So rude, Unknown Dude. Don’t kick The Girl in the ankle, or she will spend the whole flight thinking of the snarkiest things to write about you on Little Turtle Travels, only to forget them all by the time she has wifi.

Published by The Girl

The Oregon side of Transatlantic Photographic and Little Turtle's official typist and photo uploader. View all posts by The Girl